Prepared for the Board of Trustees, Inc. Village of East Hampton, by Robert Hefner, with research by Hugh R. King, 2004. 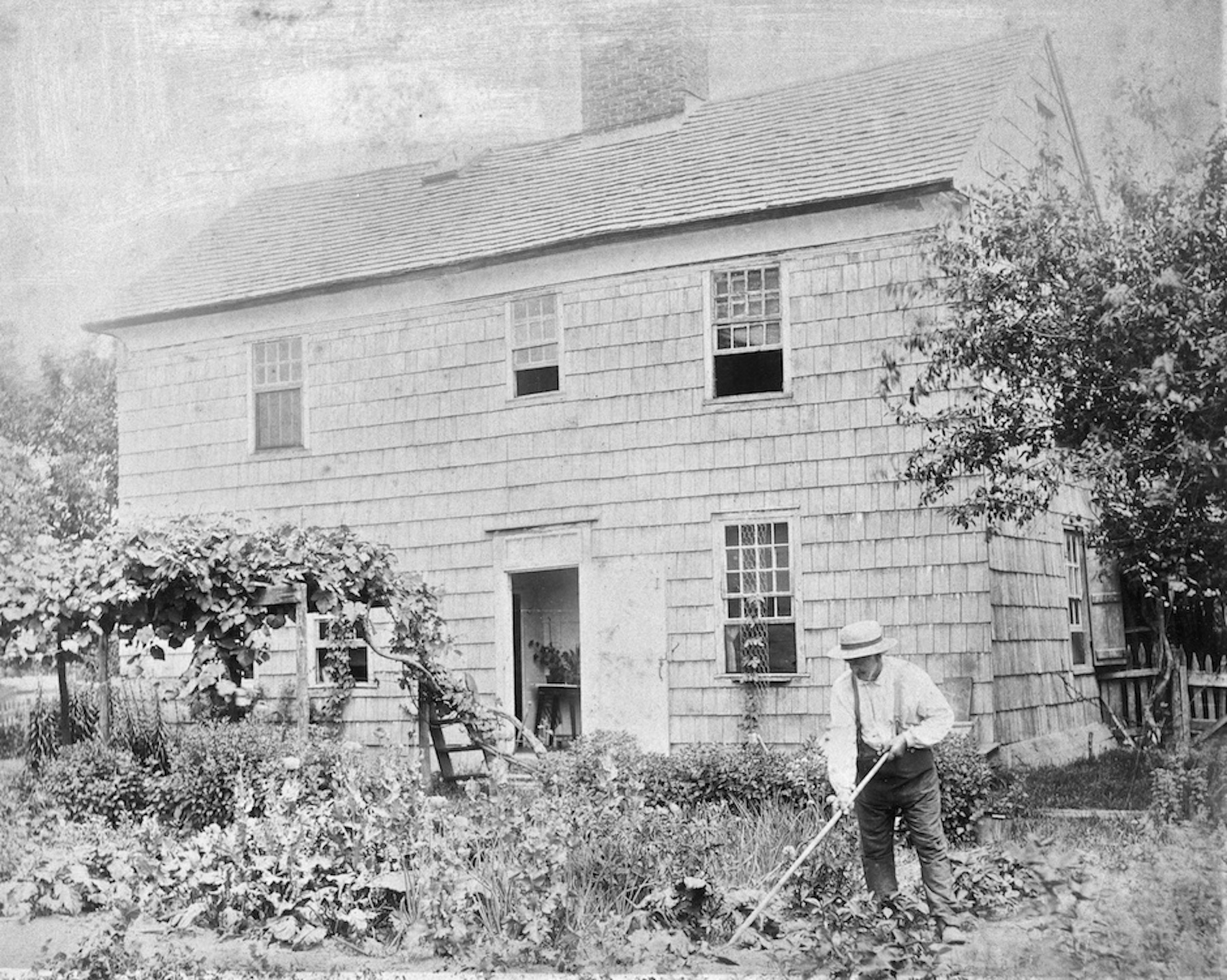 When Home Sweet Home was built around 1720 its exterior and interior appearance was quite different from the house we know today. Although the outward saltbox form was very similar, the original house had a different roof frame that did not have the overhang on the front wall. The exterior was covered with riven cedar clapboards. The large window openings measuring approximately 54” square were fitted with either casement sash or an early form of up-and-down sash. On the interior the house had a hall-and-parlor plan with an unheated lean-to across the back. Both the hall and parlor had large open fireplaces. The front entry probably had a simple, enclosed stairway. Interior walls were plastered or covered with wide pine boards. It was a plain and simple house in comparison to the house that resulted from the ambitious remodeling in the Georgian style that occurred about 1750.

The original architecture of Home Sweet Home had ties to the seventeenth-century with its narrow cedar clapboards, casement-type windows and hall-and-parlor plan with an unheated lean-to. The posts, girts and plates were cased and the ceiling joists were plastered over in the manner of the eighteenth century. The distinctive manner in which the lean-to was framed may be the signature of the original Home Sweet Home. The fact that the 1721 Mulford Farm Barn has the exact same lean-to frame was the deciding factor in assigning the date c. 1720 to the original construction of Home Sweet Home.

The original timber frame consists of hewn oak timbers. Studs are boxed-heart saplings. The studs are typically spaced at intervals of 2’ – 5”. There are no summer beams. The floor joists are hewn timbers which follow the 2’ – 5” spacing of the wall studs. No timbers have chamfers or any other finish that would indicate they were exposed within the room. Posts, girts and plates are cased in pine boards.

The original rafters of both the south and north roof slopes were removed during the c. 1750 remodeling of the house.The main two-story part of the original house (from post 1 to post 5 on the west wall and from post 4 to post 8 on the east wall) was covered by a triangular gable roof. The only physical evidence of this original roof is found in the end tie beams which preserve the mortises for the original rafters of the east and west gables. The north mortise of the west tie beam retains the rafter tenon left when the rafter was axed and broken off. The ends of the tie beams are beveled at 40 degrees indicating the 10 in 12 pitch of the original roof of the gable. (See Drawings 6 and 14.) 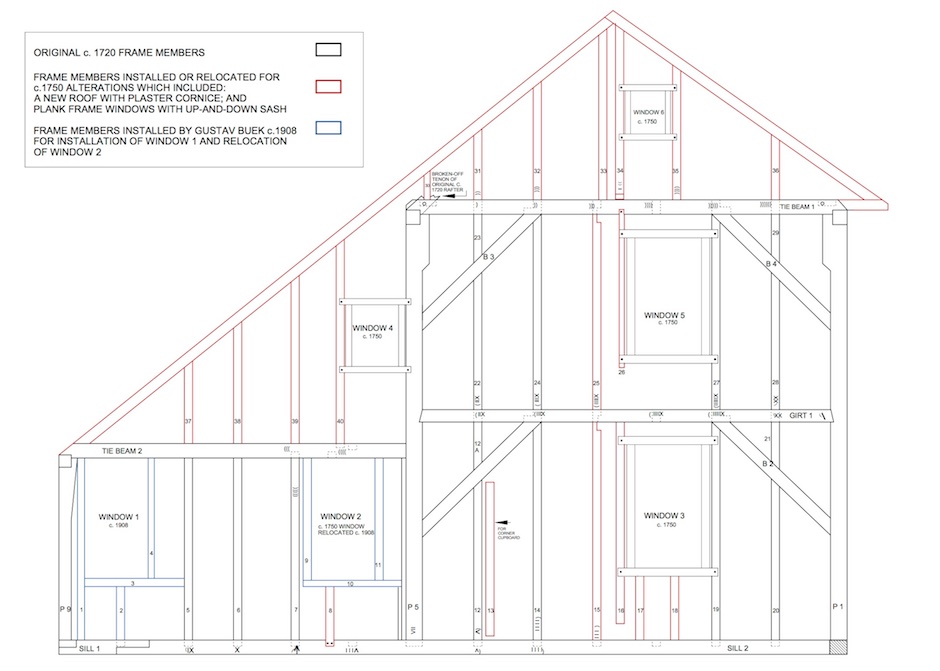 Click here for the original report by Robert Hefner, with research by Hugh R. King, 2004.